This is probably one of the most amazing and intense first person shooters i have ever played, yes it has some annoying bugs and coding issues but once you patch the game and get everything fixed it runs perfect.

With the types of game play that's implemented in this game you'll just be blown away. The atmosphere is the best I've ever seen in a game. Some parts are ridiculously hard and annoying, but that's good, easy games suck. It is also one of the scariest games I have played.


Personally one of my favorite games.


A fun game but the A.I. is pretty useless. They do not do any of the objectives or tie civilians up, they also follow you everywhere and do not defend the objective.

I have never been hooked to TV shows until I started watching this.

This beautiful piece of art is incredibly well written and directed. The acting and cinematography is also top notch.


This is the best television series I've ever seen. I cannot think of anything that hit me hard like this show did. I absolutely love it. If you have not seen it, do yourself a favor get Netflix and watch it. 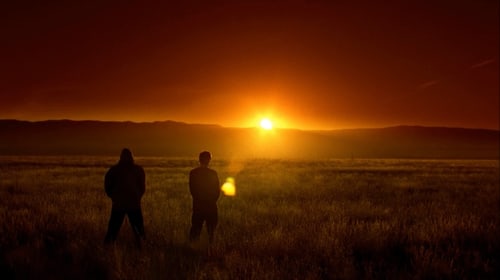 The Sunset is not Limited


This movie is a great watch for anyone (especially who enjoy great writing), no matter what they believe about life, death, or what happens when we move on. This movie does an amazing job of addressing different subjects without alienating anybody. These are things we all think about.

The acting, directing and writing are terrific. The writing alone is good enough to make it worth watching by itself.